This article originally appeared in the December/January issue of Bazooka Magazine.

The next time you decide to visit your favorite torrent website, there’s a chance you’ll see a big shiny Department of Homeland Security logo and message about how much prison time you can get for copyright infringement. In the last week of November, the DHS shut down and seized the domain names of at least 76 web sites for copyright violations. Most of the websites that were shut down were torrent file sharing sites, but at least one, torrent-finder.com, was a torrent search engine similar to Google. Operating under the Digital Millennium Copyright Act (which we can thank Clinton for), DHS was able to shut down these sites without a court order and without any requirement that the copyright holders prove that infringement was taking place. This is fucked up in so many different ways I don’t even know where to begin.

I guess the best place to start is the flawed premise that file sharing is the reason for entertainment companies’ falling bottom lines. I don’t have any research to back this up, but I’d be willing to bet that only about 5% of the files your average software pirate “steals” is something that they’d pay for if they couldn’t download it. If I really want to see a movie, I’ll pay to see it on the big screen; if a musician I like comes out with a new album, I want to read the liner notes and make sure he gets paid so he can make more great music; if I want to read a book, I want to read--well--a book, which I’ll never believe can be replaced by a computer file, no matter how many times Apple and Amazon try to tell me otherwise. Except for live or obscure stuff that isn’t available for sale, most things I get through file-sharing and similar sites are things I’d simply live without if I had to pay for. If I’ve got any confidence in something, I’ll pay for it, if only to avoid the trouble that comes with trying to download something illegally or pseudo-legally: the viruses, the mislabeled and damaged files, and the overly anal rules of most “invite-only” sites.

The real reason music companies are losing money is the simple fact that most albums are one great song, two decent songs, and the rest filler or shit. For example, I’ve paid for two Kid Rock CDs in my life. If you assume that a good album should have 8 listenable songs, that motherfucker still owes me about 10 songs. As for movies, most either follow bland formulas or cynically attempt to cash in on the success of the latest release that had something new or interesting to offer. Basically, the problem is that most of today’s entertainment is being created as a product, not a work of art. I’d wager that guys like Tom Waits and Robert Rodriguez who treat their work as a creative endeavor haven’t seen as much revenue loss as the Nickelbacks and Michael Bays of the world.

The commodification of creativity is at the root of another problem related to this whole mess: our nation’s copyright laws. While intellectual property laws have always aimed (rightly) to protect the commercial rights of the artist, they used to be tempered with the concept of fair use, which is based on the idea that art cannot exist in a vacuum and that enduring art belongs to the creative commons, essentially becoming “words” in the vocabulary of our “cultural language.” In the 20th Century, thanks in part to corporate ownership of creative works coupled with the insipid idea that corporations are people, the concepts of fair use and a creative commons have been gutted. We can thank the Disney Corporation for a lot of this. Whenever Uncle Walt’s creations are about to enter the commons due to copyright expiration, Disney uses its influence (and campaign contribution fund) to make sure the laws are changed in their favor. This has happened so many times that copyright laws are sometimes known as “Mickey Mouse Laws.”

The big problem with the death of fair use and the creative commons is that restricts the ability of subsequent artists to use cultural touchstones in their work. Mickey Mouse and Donald Duck are as much a part of our nation’s symbolic landscape as Daniel Boone and Abe Lincoln, but if you try to use the talking animals to comment on the American experience, there’s an excellent chance that you’ll hear from Team Rodent’s legal department. Even satire and parody, which used to fall firmly into the fair use category, are getting trickier to do without possible legal ramifications. If you don’t believe me, Google “Keiron Dwyer” +Starbucks. If you fail to see the cultural importance of satire and parody, I recommend watching The People Versus Larry Flynt. There’s a scene in there where Ed Norton explains it better than I ever could.

Even if the entertainment industry wasn’t morally bankrupt and our copyright laws protected the creator without stifling commentary, these shutdowns are still problematic in their potential for abuse. The sites were shut down with no court order, no chance for the site owner to prove innocence, and apparently no requirement for the DHS to even make a token effort to confirm infringement. With some of the sites, it’s debatable whether copyright violations have actually taken place. As far as I can tell, all that’s required to shut down a web site is for the DHS to say that someone has claimed the site violates their copyright. There’s no need to prove that a violation has occurred, or even that a complainant exists. The lack of any form of due process essentially gives the DHS a simple way to bypass the First Amendment and possibly other basic rights.

Last but not least, does anyone else find it a little odd that this particular branch of copyright enforcement falls to the Department of Homeland Security? Is there some secret Al-Queda plan to take over the country with bootleg copies of Jay Z albums? Wouldn’t it make more sense for the Interstate Commerce Commission or the FCC or any of a dozen other agencies to be handling these duties? I can think of two possible reasons why the DHS is handling this. The first is that with the “War on Terror” going on, Homeland Security is the department whose actions most people are least likely to question, so they’re a good choice for ethically questionable operations like this one. The other possibility is that those in power are finally admitting, albeit subtly, that they consider protecting corporate profits, not protecting average citizens, to be the real role of government. Both of those possibilities kinda suck.
Posted by Steve Johnson at 8:55 AM No comments: 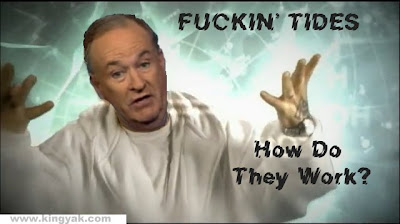