An Important Difference Between Hillary and Bernie's College Plans

I’m not sure if it came up in the most recent debate, but at least two of the others have included an exchange between Clinton and Sanders about free college tuition. For anyone who doesn’t know, Sanders favors making public college tuition free to all Americans. When this has come up during the debates, Clinton has countered by saying that free tuition should only be available to those whose family can’t afford to pay, then pointing out that under Bernie’s plan, Donald Trump’s children would be entitled to free tuition (the horror!).

On the surface, the idea that little Donnie Trump, Jr. can go to college on the taxpayer’s dime seems unfair. After all, thanks to his business savvy, hard work, dedication, father’s money, and opportunistic use of U.S. bankruptcy law, Trump has managed to make enough money to bankroll his own presidential campaign. Why the hell should my taxes pay for his kids to go to college? Rabble! Rabble! Rabble!

If you can manage to keep your gut in check for a minute and think with your brain instead, you’ll realize that the “your tax dollars are paying for Kid Trump’s college tuition” scare story is truthiness, or something very close to it. For one thing, how many of you actually believe that a Trump (or DuPont/Bush/Kennedy/whatever) is going to go to one of the public schools covered under Bernie’s plan? I’m guessing it’s about as likely as Martin O’Malley winning the Democratic primary. These people go to private schools so they can network with other Mayflower-Bottomtooth families, not some public university with cafeterias that don’t even have a sommelier.

And even if Don Jr. does want to go to Middle Dakota State, so what? The proposal to provide free college education to all Americans is, at least in Bernie’s ideology, based on the idea that all Americans have the right to a college education. From that point of view, suggesting that the children of the wealthy shouldn’t have access to a free public university education because they can afford it on their own is like trying to ban them from checking out a book at the public library because they’ve got the money to buy a copy on Amazon.

What Hillary’s doing comes incredibly close to actually being the kind of class warfare that Republicans like to accuse Democrats of, but like most class warfare in American politics, it’s the poor--not the wealthy--who are really under attack. By attacking Sander’s plan by imagining the unlikely event of Donald Trump’s kids getting a taxpayer funded education, Clinton distracts people from the fact that a need-based college tuition plan encourages animosity between the middle class and the poor. When everyone (or almost everyone) has equal access (at least in theory) to a government program or service, there’s no shame in taking advantage of it. That’s why you rarely hear anyone outside of the libertarian fringe seriously suggesting that we should do away with the Post Office or child tax credits or the public school system; they’re things we’re all entitled to as American citizens.

When you make something need-based and only offer the service to those below a certain income level, on the other hand, you create (in tea party rhetoric) “makers” (even though those who wear the title most proudly have never even made their own morning coffee) and “takers.” It turns the people who are eligible for the service into freeloaders in the minds of those who aren’t. Instead of everyone’s taxes paying for everyone’s kids to go to college, suddenly the middle manager’s taxes are paying for the janitor’s kid to go to college. (Not really, of course--under Bernie’s plan, it’s Wall Street speculators who would be taxed to pay for college, but finding that would require taking the time to understand how the system works; it’s much easier to just bitch about poor people “stealing” taxes that you don’t actually pay). Rabble! Rabble! Rabble! Gadsden Flag!

I’m guessing that most of you can work out for yourselves how corporate-friendly neo-liberal moderate candidates benefit from providing the middle class with reasons to direct blind rage downward. There are more straightforward and obvious profit motives at work in regards to other programs that establishment Democrats want to keep need-based rather than universal (most notably government subsidized health care), but in general anything that keeps the 99% fighting among themselves is good for business. Hillary isn’t concerned that Bernie’s plan will allow Donald Trump’s kid go to college on the taxpayer dime, she’s worried that letting Joe the Plumber’s kid go to school on the taxpayer dime will give him one less reason to resent George the Pizza Guy, which might give them both time to realize that Trump’s companies are getting a much bigger government handout than what it would take to send Little Donnie to college.

Your patreon support will not even make a dent in my student loans, but is appreciated nonetheless.

Posted by Steve Johnson at 2:13 PM No comments:

Finally saw the new Star Wars. Here's what I thought of it 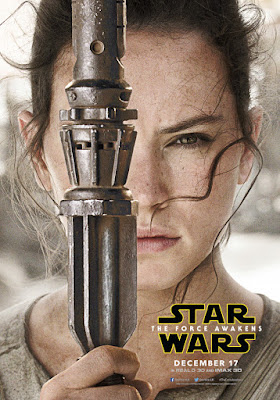