My Vote Counts, Lesser Evils, and Other Magical Thinking

Every election cycle, a lot of people try to convince me to vote for the lesser of two evils. In most cases, they greatly exaggerate the "lesser" aspect of the candidate they're stumping for and the "evil" aspect of the other side. Even if I completely believed that one of the two neo-liberal warhawks we've been forced to choose between for as long as I've been old enough to vote was truly the lesser evil, I probably wouldn't vote for them. Part of the reason I don't buy lesser evilism is because it actively makes things worse. If candidates know that their base will capitulate and vote for them no matter how bad they are as long as they can convince people that the other choice is worse, they have no incentive to even pretend to represent their constituents. This leads to the situation we have today, where two centrists parties who lean slightly one way or the other on social issues have each convinced their base that the other party is full of radicals.

By inflating the perceived power of the Presidency with hyperbole that greatly overstates what the other candidate can feasibly do if elected, lesser evilism also draws attention away from the legislative, state, and local races that usually have more effect on peoples' day-to-day lives. Neither party has any real plans to "solve" any of their culture war issues on a national level (The GOP will not overturn Roe vs. Wade, for example), but they will in many cases try to enforce their agenda on the local and state level (for instance, the restrictive regulations for abortion clinics in Texas that were recently overturned by the Supreme Court and many other local and state laws that make abortions practically unobtainable for everyone but the wealthy). Since people think the President holds all the power, they don't worry about those races and pay attention to politics in the same way some people pay attention to men's gymnastics or curling: they're really passionate about it once every four years and don't think about it the rest of the time.

Lesser evilism also sets up a binary choice that completely discounts the option of voting for a third party, which helps ensure that our choice will always be between the two evils nominated by the parties that Wall Street and the defense industry want controlling things. A third party has very little chance of winning an election (the last 3rd party candidate to even take a state was George Wallace in 1968), but a third party that garners 5% of the popular vote becomes eligible for campaign funding, which can potentially give them the resources to elect more downticket candidates and eventually build a large enough voting base to have a shot at the White House. Since doing this would take years to pull off, it isn't as sexy as the usual third party scheme of trying to elect President Superman and then getting disillusioned when it doesn't work out, but it's the only chance we've got of ever having a real choice under the current system.

The main reason I don't accept lesser evilism, however, is that my vote doesn't matter. Lesser evilism is at least theoretically valid in an election decided by the popular vote, but when it comes to the Oval Office, we've got the Electoral College to keep the rabble in check. During the 2012 election, I did the math to find out the likelihood of my state of Kentucky's 8 electoral votes changing the outcome of the election. I only found one combination where that would happen without a massive shift in voting patterns or a huge influx of new voters (both of which would likely make Kentucky's electoral votes irrelevant in a different way).

The small chance of most states changing the outcome of an election is only half the story, though. As someone (I don't remember who, and am not digging through my feed to find out since you probably don't know them anyway) succinctly put it in a Facebook thread earlier this week, most voters get ignored twice before the Presidential election is decided. Even if you live in a state with enough electoral votes to swing the election, your state still has to vote for the candidate you support. In most states, one party has a large enough voting base to guarantee who it will vote for in most elections. A "solid" state only flips when people who normally vote for that party switch sides or when a huge number of people who don't normally vote suddenly show up. Unless you're a consistent voter for one party who's part of a mass defection or a new voter who's part of a huge movement, your vote in most states has almost no chance of changing what color your state turns on election night.

Since Don Quixote is a personal hero, I'm going to be making some posts over the coming weeks where I look at the voting histories of all 50 states plus the District of Columbia. I'm hoping that will help illustrate how little individual votes matter in most states so maybe a few people will vote for a candidate they actually agree with rather than against someone they've been convinced is a monster.

I'm going to practice my only magical thinking by pretending someone will support me on Patreon.

Posted by Steve Johnson at 3:52 PM No comments:

Here's my review of Ghostbusters. 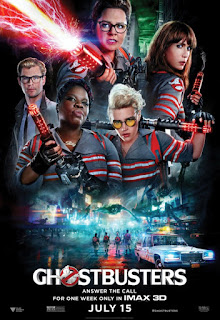 Posted by Steve Johnson at 7:27 PM No comments: 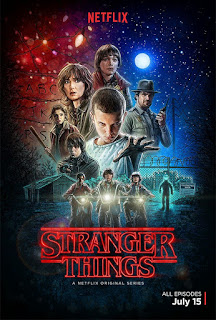 Posted by Steve Johnson at 4:12 PM No comments:

Movie Review: The Legend of Tarzan

Read my review of The Legend of Tarzan on my site. 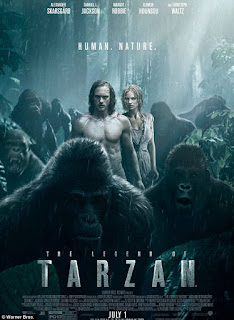 Posted by Steve Johnson at 9:35 PM No comments: