The War On [Insert Holiday Here]

As anyone who watches Fox News (or--more likely if you're reading this--The Daily Show's coverage of Fox News) knows, a WAR ON CHRISTMAS has been raging for the past several years. This all-out attack on Christian values mainly involves acknowledging that not every single person is a Christian, but if you've got more than five friends on Facebook, you probably know that there's another more sinister battle going on: the Godless Heathens (TM) are abbreviating the word "Christmas" as "Xmas." I don't think I have to tell you that there are few things more offensive than replacing the word "Christ" with the English transliteration of the Greek letter "Chi" (which, incidentally, has been used by Christians to represent Christ for hundreds of years).

I think it's awfully unfair that only Christians get to play the part of victim in a made-up war against their beliefs. Call me a cultural relativist, but I think people of other faiths should also be allowed to get their persecution complex on. So far, it looks like only the Jews have joined in on the fun: 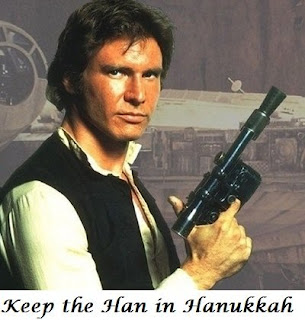 The Liberal Elitist (TM) in me can't help but think that the non-Abrahamic faiths should also be represented. So I decided to help. 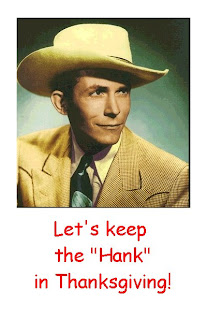 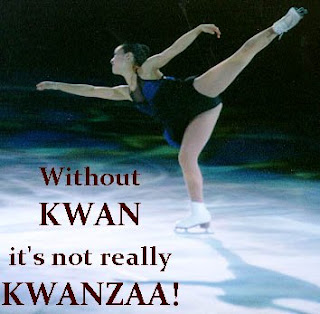 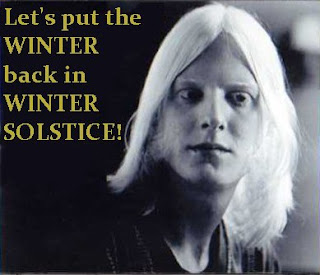 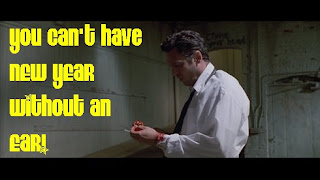 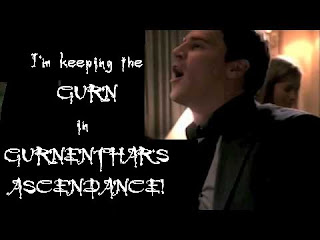 I should probably explain that last one. I thought the holiday was something like "Grumenthar's Ascension" and was going to do a "Keep the Groo in Grumenthar's Ascension" pic featuring the Groosalug. Turns out I got the name wrong, but a "Gurn" is basically a funny face, which inevitably leads to the Angel Dance. I suspect there are probably stills from the scene in which Boreanaz's expression is more properly a by-the-book gurn, but unfortunately Google Images didn't turn up too many stills from the scene. So you might want to pretend that Angel looks slightly goofier to get the full effect.
Posted by Steve Johnson at 7:24 PM No comments:

It's A Bird, It's A Plane, It's Social Justice Superman!

From the October 2011 issue of Bazooka Magazine:

Earlier this year DC Comics, facing flagging sales, announced that it would reboot its entire line of comics. The new books were supposed to provide a chance for writers to re-imagine some of the classic characters and give new readers a jumping-on point that wasn’t bogged down in decades of continuity. The new books released in September to a mixture of guarded optimism, legitimate anger and disgust (Google should turn up plenty of blog posts about former Teen Titan Starfire’s revamp as an amnesiac sex doll), and of course lots of nerd rage.

Before the books came out, Superman’s new costumes got some attention from comic geeks as well as the mainstream press. In Action Comics, which is set during Superman’s early career, he’s wearing jeans, work boots, and a T-shirt bearing the classic “S” symbol. In Superman, set during the new DC Universe’s “present” (about 5 years after most of the characters started their super-hero careers), the costume is similar to the classic Supes uniform, but conspicuously missing its usual red underwear. When Action Comics #1 first came out, it received a bit of media attention when a comic shop in South Carolina pulled it because in one panel Superman said “GD,” (not “God Damn,” just “GD”) which Billy Bubba Joe Bob took to be blasphemy. So far, though, there hasn’t been a lot of talk about what is in my opinion the most interesting and awesome aspect of the new Superman comics: the fact that he’s being written as a filthy Liberal Socialist Progressive class warrior.

For the roughly 20 years that I’ve been reading comics, Superman has always seemed at best naive and hokey, and at worst kind of a Fascist. Frank Miller probably deserves some of the blame for the latter, but over the years numerous comic creators have used The Man of Steel whenever they’ve needed someone to represent the dangers of unchecked power or unquestioning faith in traditional authority figures. In some stories, Superman was a tool of “The Man.” In others, he was “The Man.”

Grant Morrison’s Action Comics #1 offers a different take on The Man of Steel. The book opens with Superman involved in a stand-off with the cops as he dangles a businessman named Glenmorgan off a balcony in an attempt to scare Glenmorgan into confessing his crimes. Supes eventually drops the tycoon, only to catch him before he hits the ground. Scared sufficiently shitless by the experience, Glenmorgan finally makes his confession.

What are Glenmorgan’s crimes? Did he build a doomsday device? Try to blow up the moon? Conduct horrible experiments in an attempt to create an army of superhuman foot soldiers? Not exactly. “I’m guilty!” confesses Glenmorgan, “What do you want me to say?...I used illegal cheap labor...No safety standards...I bribed city officials...I lied...I lied...to everyone...” In other words, pretty much the same things that CEOs do every day in America.

After Supes deals with Glenmorgan and warns the crowd, “You know the deal, Metropolis. Treat people right or expect to hear from me,” we cut to Lex Luthor, who’s been paid a considerable consulting fee to help General Lane and the U.S. Army capture Superman. In order to lure Superman into his trap, Luthor has begun demolition on a building where squatters are known to be living. Superman manages to get everyone out, but it looks like he’s going to be captured until the homeless people hes’ just saved step in front of the tanks coming to capture him. Since the murder of U.S. citizens by the military would be a public relations nightmare (at least in the comic books), Superman is able to make his escape.

After he’s done championing the weak, Superman returns to his Clark Kent identity, where we find him living in a slummy “bohemian” apartment building. During a conversation with his landlady, he tells her that the scrapes on his face (apparently Earth’s yellow sun hasn’t made him completely invulnerable yet) are the result of a beatdown he received for his story about intergang’s influence on the dock unions. Most previous incarnations of Clark Kent have mainly done the Peter Parker thing, using stories about his super-hero alter-ego to make a living (and occasionally trying to pin illegal activities on members of his rogues’ gallery). This one’s working for justice even when he’s not wearing the blue long johns. During the conversation, we also hear about how Superman recently threw a wife-beater into the river, breaking both his hips and three of his ribs. The rest of the comic covers the second attempt by Luthor and Lane (now joined by Glenmorgan) to capture Supes.

As much as I loved Grant Morrison’s take on Superman in Action Comics, I took it for granted that by the time we got to DC’s other title, Goerge Perez’s Superman, which is set 5 years in the future, I’d find out that Clark had “sold out” and become the boring old Kal-El I’ve been ambivalent at best about since I picked up my first comic book. Turns out, I was wrong. The first issue of Superman finds Clark miffed about the fact that The Daily Planet has been acquired by Superman detractor Morgan Edge, Glenmorgan’s successor and a direct stand-in for Rupert Murdock (right down to the wiretapping). Towards the end of book we also hear that Clark has been working on a story about illegal evictions. I don’t think Perez will focus on the social justice angle as much as Morrison, but it’s good to see that he’s at least acknowledging it.

While I get the impression that Morrison has wanted to re-imagine Superman as a crusader for social justice for a while, the current political climate may make this the perfect time for a bold, new vision of The Man of Steel. A Superman concerned with the same issues that are ripping this country apart might actually make the character relevant again. When you think about it, Superman is one of the few DC heroes who makes sense as a representative of “the common man.” Wonder Woman and Aquaman are royalty, many super-heroes are independently wealthy or have secure upper middle class jobs, and Batman, with his focus on street crime, is essentially a rich guy who puts on a bat costume and beats up poor people. Clark Kent, despite his alien birthright and arsenal of powers, is a Midwestern farm boy who has to bust his ass to make a living as a reporter in the dying print news industry.

I have yet to hear about Bill O’Reilly or Glenn Beck going on a tirade about the new Superman’s “un-American” activities, but I suspect that says more about the position of comics on the cultural radar than the restraint of right-wing pundits. No doubt somebody will eventually complain about how Morrison subverted the character in order to put forth his Liberal Agenda (TM). Here’s the thing, though: Morrison’s vision of Superman is actually strongly rooted in the character’s origins. Superman was created by a couple of poor Jewish guys during The Great Depression and social justice, especially against those who preyed upon the poor and the weak, was a common theme in the early days of the comic. Keep in mind that one of Superman’s greatest and most enduring villains is Lex Luthor, who when you take away the super-science is just another corrupt businessman.

When World War II came, Superman, like many heroes, went to war against the Nazis, and ever since then the character has steadily evolved to face the nation’s fears (at least metaphorically), be it street crime or nuclear annihilation. Perhaps his most recent incarnation as the ultimate symbol of the status quo says more about America than it does about the abilities of DC’s writing staff. Before he became a good little conformist, though, Superman was a champion of working class Americans. I for one am glad to have him back on our side.
Posted by Steve Johnson at 10:53 AM No comments: